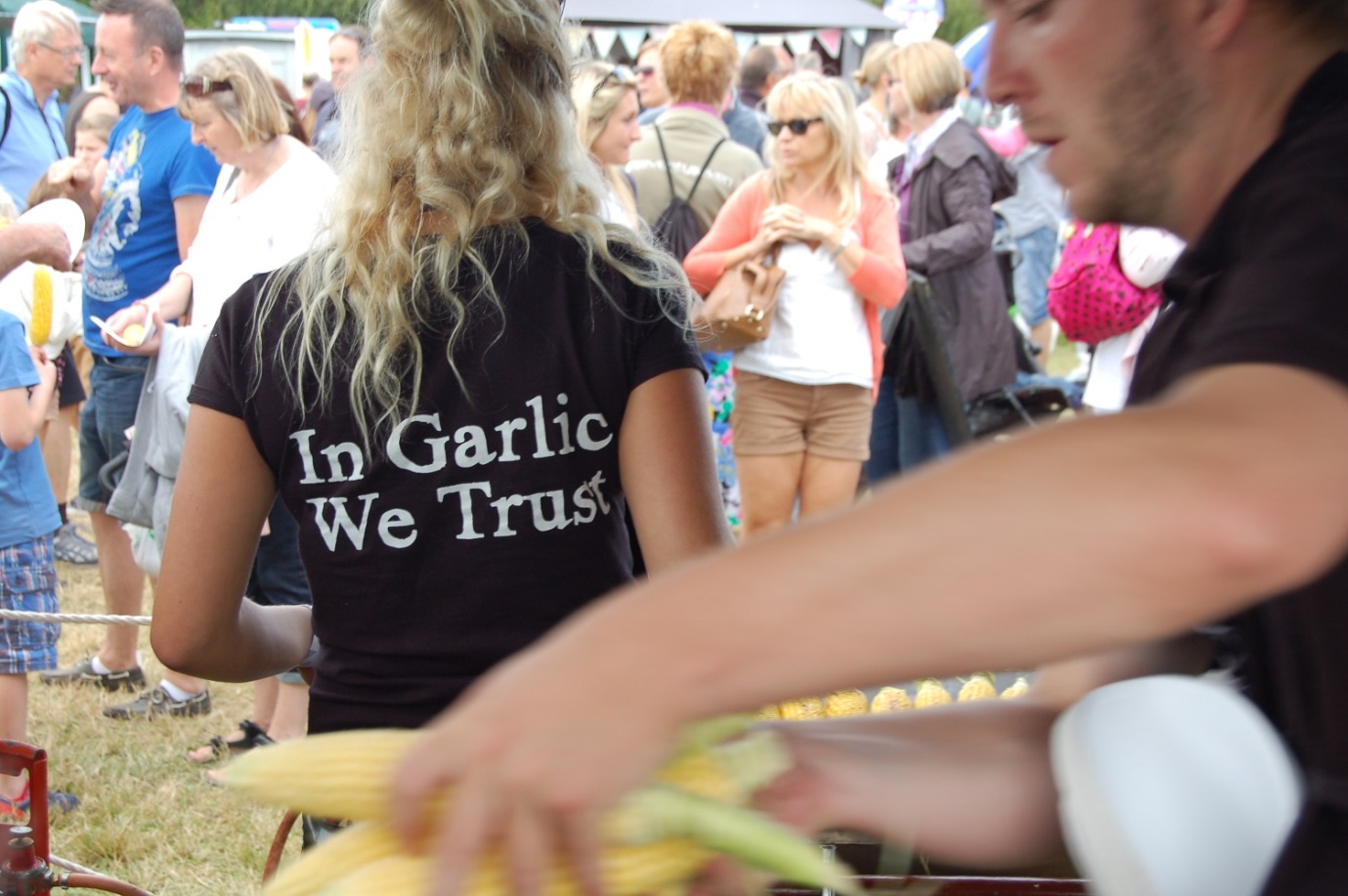 Ever since the late 1960s the Isle of Wight has been synonymous with festivals.

For a start, there’s the Isle of Wight music festival. Bob Dylan and The Band came over in 1969, followed by Jimi Hendrix, Miles Davis, The Doors, The Who, The Moody Blues and Joni Mitchell a year later. After a lengthy hiatus, the festival started up again in the early 2000s and by 2007 it had an attendance of 60,000 and The Rolling Stones as headliners.

But we’re not here to talk about this.

The festival we’re talking about has an all-together different flavour. There’s still music and entertainment, plus a giant fun-fair, but unlike the music festivals where most food served is from greasy vans, this one is all about taste.

It can only be the Isle of Wight Garlic Festival 2015 – which this year takes place on Saturday 17th and Sunday 18th August - and here’s everything you need to know about the Island’s most popular family event.

History of the festival

Beginning way back in 1983 as a way to celebrate the budding garlic industry on the Island, the annual Isle of Wight Garlic Festival in Newchurch has gone from strength to strength.

It’s had a number of different organisers over the 32 years. Between 1985 and 2006 it was organised by the Newchurch Parish Sports & Community Association, who successfully built the event from the ground up as a method for fund-raising. The Association does a lot of great work in the village, including maintaining the Community Centre, the Watery Lane Pavilion & Sports Ground, the Observatory, and the recreation field.

Thanks to all of the dedicated volunteers who have helped organise the event throughout the decades, including The Garlic Festival Ltd who now takes care of proceedings, the event now gets 25,000 visitors a year. Here’s to a successful festival in 2019!

There wouldn’t be a Garlic Festival without Newchurch’s The Garlic Farm. The family-run business has been growing garlic on its Isle of Wight farm for more than 40 years and over three generations, and its produce was the inspiration for the event.

Such experience and expertise has led to The Garlic Farm becoming one of the most diverse and successful suppliers of garlic in Europe. It even offers tours, so visitors can gain a unique insight into the history and origins of the farm and how it produces such quality garlic. Why not stop by before or after the festival?

There’s a restaurant on site where you can enjoy the farm’s exceptional gourmet food, but if you can’t make it don’t worry – there will be plenty of Garlic Farm produce at the festival itself…

There’s no skimping on the drink selection either. The big beer tent is sure to be a popular destination on site, serving up a wide range of delicious locally brewed ales and ciders, as well as wine and soft drinks. If it’s a little early for the harder stuff, there will also be a delightful tea tent where you can get cream teas, pastries and other tasty snacks.

If you’ve ever been to the Garlic Festival before, you’ll know how great the variety of food and drink is; but this year it promises to be the most foodie focused event yet.

Attractions for all ages

As always at the Garlic Festival, there’s something to entertain people of all ages. The fun fair provides excellent entertainment for any little ones attending this year, as well as the animals on site and plenty of other child friendly surprises.

On the big stage we’ll have live music from some fantastic bands. You’ll also be able to try your hand at archery, and get involved with dozens of arts and crafts stalls. There’s never a dull moment.

If you’re planning a trip to the Isle of Wight to attend the Garlic Festival, you needn’t worry about booking tickets in advance – they’re only available on the gate on the days of the festival. However, you may be able to take advantage of special ticket offers by liking the Garlic Festival’s Facebook page or following @IOWGarlicFest on Twitter.