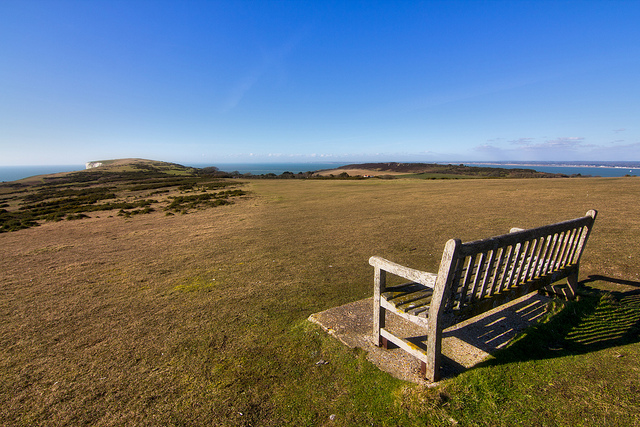 Steeped in history, this is a fascinating place to visit. Over centuries the area has inspired many famous poets, artists and scientists with is rolling downs and dramatic vistas. It is also part of some of the richest fossil hunting grounds in the UK, and home to some of the most stunning scenery the Island has to offer.

It is also home to the Needles at the western point, the Island's most recognisable landmark.

The Nearby towns of Freshwater and Yarmouth are the biggest of the towns on the West Wight, but don’t expect a metropolis, these are just large villages. Freshwater has a good range of shops and places to eat, but a more popular dining out area is nearby Yarmouth, with a host of award winning eateries a stones through from the harbour.

Adjoining Freshwater is Totland, which is situated on the west side of the Island and has a delightful sandy beach with pier, beach huts and waterfront cafes.

With its old village church, thatched cottages & National trust museum, Brighstone is often referred to as the prettiest village on the Island. Less than a mile from the South coast the village has various restaurants/pubs and a small selection of shops, including a well stocked village shop selling local produce.

Due to the freedom offered with all the footpaths and open countryside, this region of the Island is very popular with cyclists and walkers and there are regular events throughout the year for those seeking some outdoor adventure.

View all our cottages in the West of the Island.